Dueling Keys (DK) are two pianists who take turns squaring off for an evening of rockin’ musical fun and high-brow, low-brow comedy, where the audience actually becomes the show and the musicians are there merely to facilitate a memorable night; setting us apart from any other entertainment option you may consider for your next event.

All our DK entertainers have performed in bands and are fully aware that bands are for listening and often times act as a backdrop. Karaoke is interactive, however, not everybody is comfortable enough to attempt Bon Jovi’s ‘Living on a Prayer’ or Lady GaGa’s ‘Paparazzi’ in front of anyone without inordinate and consequential amounts of tequila.

This is where Dueling Keys stands on its own because DK is as musical as any band and actually more interactive than karaoke can ever claim to be. Dueling Keys blends theater production, with a dash of stand-up comedy and loads of sing-a-long, clap-a-long fun.

Dueling Keys is ideal for any corporate event, wedding party or birthday bash or no reason at all. Our entertainers are professionals and will always make sure to season your show to your tastes; from G-rated fun to a no-holes barred night of adulterated lecherous debauchery; we do it all!

One can’t help clapping their hands and singing along to their favorite pop songs from Elvis to Ylvis, country to musicals, Disney to rap. DK is your all-in-one musical choice guaranteed to deliver on its promise.

After all, when else is it appropriate for a respectable adult to lionize Jimmy Buffet or for a middle-age doughy accountant to attempt Michael Jackson moves keeping his dignity intact?

We’ve cherry-picked the best local singing piano entertainers throughout the Twin Cities, Minnesota and the Upper Midwest to find our key players!

Dan Satterberg is a native of Minneapolis, Minnesota and has been a musician all of his life. He attended Berklee College of Music for a while and later completed a double major in theater and studio art from St. Cloud State. Being both classically-educated and taught by ear, Dan developed a soulful Elton-John-meets-Herbie-Hancock piano style accompanied as a clear singing voice. He’s “paid his dues” in a fair share of bands including the Prince formed and Warner Bros. signed band “Mazarati”. Dan became involved in Dueling Pianos as both a player and entertainment manager at clubs such as Little Ditties, City Streets, Rum Runners, and JD’s Key Club and he has been a featured player as an independent contractor at various other locations. Today, Dan has a solid foundation of all the must-have sing-alongs: standard popular jazz, classic rock and country, R & B / rap as well as any of the latest material. He performs with a commanding relaxed energy. 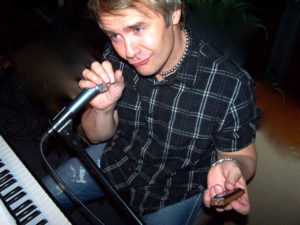 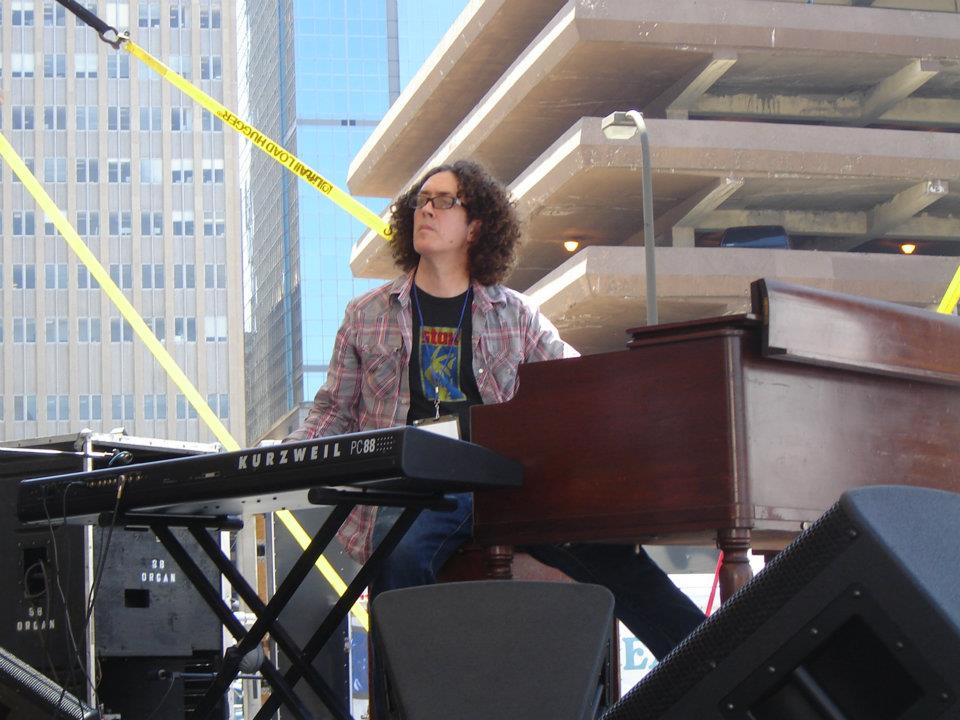 Andrew has thousands of songs in his repertoire and is one of our primary players at Dueling Keys.  He is also an in-house pianist at world-famous Nye’s Piano Bar in NE Minneapolis.

In addition to live performance, he’s also an accomplished songwriter and producer.  His works can be heard on several music albums, films, commercials, documentaries, tv shows and more!  You may recognize him as the lead singer of a 90’s alternative rock band Fat Tuesday, which spent time on a major label and had a few hit songs including “Winter Storm” and “High and Low.”

Andrew is also the musical director of the renown Saint Paul Saints baseball team, who’s ownership includes Bill Murray and Mike Veeck.  Andrew composed most of the soundtrack for the recent documentary about the baseball team called “For the Fun of the Game.” 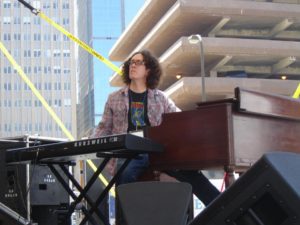 Cornell sang and trained as a pianist since the fourth grade and is now a highly sought after performance and studio musician in the Twin Cities area. He studied music, theatre and dance at the University of Minnesota-Duluth where he aided a handful of productions including Guys and Dolls and Sweet Charity as Musical Director. In addition to being a talented dueling piano player, Cornell is a core member of the popular Twin Cities’ funk, rock and blues band Root City who still loves to sing, dance and entertain. Seeing the world is his most recent dream, which he hopes to achieve as he continues his inspiring adventure with Rhythmic Circus. 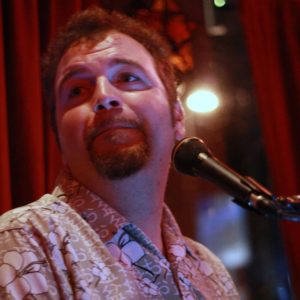 Trey has been performing on stage since the age of five and hasn’t grown up since!  Some thirty-odd years later, his immaturity (coupled with his vocal range, lightning-fast rap skills and repertoire of thousands of tunes) delights crowds all over the upper Midwest and across the country.  He regularly performs in rock, reggae, jazz & blues groups and is a staple at the Ivory Room Piano Bar in Madison, WI. 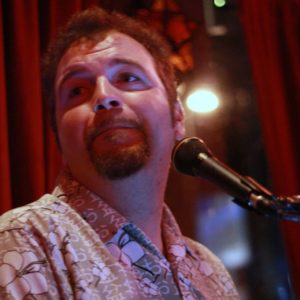 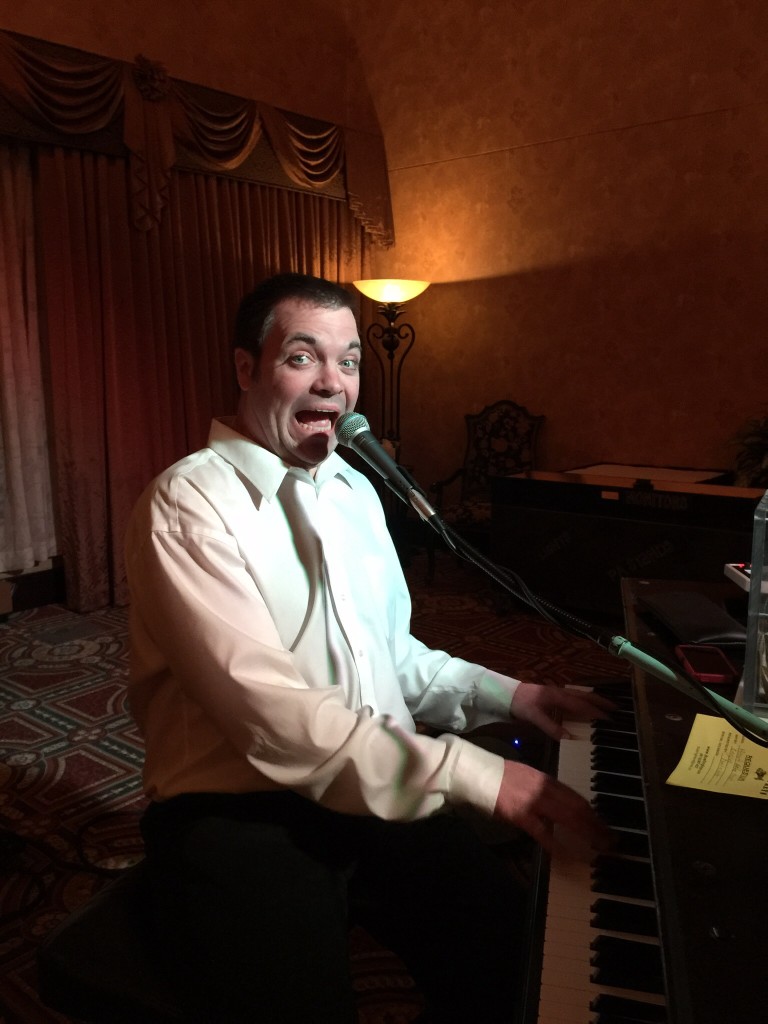 Charlie has been performing dueling pianos for 15 years in various clubs and private events across the country, including Howl at the Moon, The Shout House and Rum Runners and began playing piano at age 6.  Because of this experience, he performs the classic, fun and interactive dueling pianos show that has made dueling pianos so popular.  He also earned an MBA from Michigan State University – so he is not only talented but smart, too!  Charlie also heads up his own team in Chicago – contact us for more info! 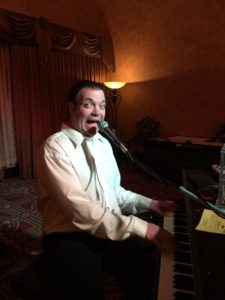 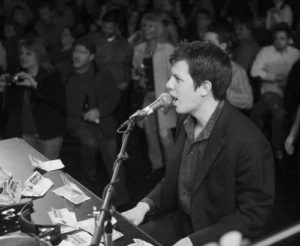 Kevin played at Howl at the Moon for five years, and recently started freelancing. He was born and raised in Minneapolis, MN, and earned his B.A. in Economics from Washington University in St. Louis. Favorite songs to play: Thrift Shop and The Fox; favorite song not to play: Barbie Girl. 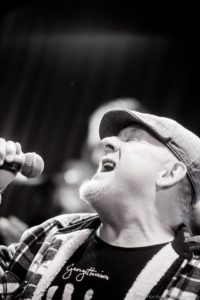 Singer, songwriter, pianist, guitarist and music instructor – this Minnesota native has it going on!  With an expansive repertoire and talent beyond comprehension, John is sure to amaze you at your next dueling piano event!